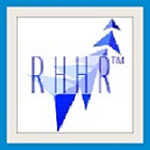 I have always had two main academic interests. The first has always been history and later came industrial relations. I was lucky enough to read history as my first degree and for my second degree -my MA in Human Resource Management- there was a strong focus upon industrial relations. The reasons for these fascinations are complex. But growing up opposite the almshouse built by the Crossley family for their workers and travelling past the vast Dean Clough Mills in Halifax every day on the way to school must have been contributory factors. I also used to spend a lot of time in the People’s Park in Halifax, which was donated to the town by Frank Crossley along with Crossley Heath Grammar School, which was also very close to where I grew up. A few of my family members were also educated there.

The concepts of ethics and philanthropy and their roles in business have always been considerations that have fascinated me. Contemporary management practices often seem to suggest that making profit by behaving ethically is an incompatible combination. But in Halifax, where I grew up, we were lucky enough to produce a number of prominent and highly successful philanthropists including the Crossleys and Edward Akroyd. These names have stood the test of time. Not just because they were incredibly wealthy and successful, but primarily because they used their wealth in a positive way to do some social good. Edward Akroyd, for example, founded what ultimately became the Yorkshire Bank in addition to building a model village for his workers. How many contemporary owners of capital would consider attempting things like this? Not many, I suspect.

One man who I have had a strong interest in and admired for many years is Sir Titus Salt. I have always felt a strong connection with him. Even though he died just slightly more than 100 years before I was born. The first home that I bought was about a quarter of a mile from the Crow Nest Mansion in Lightcliffe near Halifax where Salt resided for a good proportion of his life. He died there in fact. There is still a blue plaque there to denote his former residence, which is now long gone and almost entirely reclaimed by the land it was built upon.

Salt had a close relationship with my home town of Halifax due to his family having married in to the Crossley family. His philanthropic work was no doubt inspired by both the Crossleys and Akroyd. Salt’s decision to do something positive was certainly not something he had to do. As a super-rich industrialist prior to even considering the building of his model village, Saltaire, he could have easily lived out a decadent life and quietly slipped out of it unnoticed as most of the millionaires of today will do. He chose not to.

In recent years I have repeatedly had Sir Titus -or at least his statue- staring back me every time I lectured at and visited Bradford University School of Management. His statue sits proudly at the corner of Lister Park in Bradford next to the last set of traffic lights before the business school. It is a very appropriate -if not slightly understated- place for him to be. It sometimes seems to me as though he is reminding me and others of the need to work hard and act at all times with integrity. By a quirk of coincidence I also delivered my seminars in the Sir Titus Salt building.

In the recent past I also visited Saltaire to have a detailed look at Salt’s mill and the model village he built. By “he built” I obviously mean “he financed and put his name to it”. It was actually built by the countless stonemasons and labourers who are always forgotten contrary to the the legacy of prominent individuals. Nobody -perhaps other than me and a handful of others- seem overly interested in remembering the people who actually did the hard graft. I digress.

Upon entering Salt’s mill -and having lived in a huge converted mill myself- the unmistakable smell and aura of the place is incredible. The scale of the place is also mind-blowing. Salt developed not just a place of work but a model community with all the amenities required for a clean and healthy life. This included the forbidding of alcohol within his model village, which Salt saw as the scourge of the working classes. If he had seen Jeremy Kyle I suspect he would have banned Facebook too!

Salt developed his model village as a self-developed total reward system which saw his employer influence reach in to every aspect of his employees’ lives. Times were different then of course. Britain had developed a grossly false economy based upon colonialism and this was at a time when workers actually migrated from the south to the north to look for work. It’s very hard to envisage either concept now. When the colonial system finally disappeared after the second world war the vast majority of the primary industries linked to it also disappeared. Albeit some clung on for a bit longer by utilising cheap, poorly educated and non-unioned labour from overseas. A well established tactic for UK businesses and Saltaire was presumably a fairly typical case in point.

From an HR perspective what Salt did very effectively was to intertwine his own economic interests with those of his workforce. He built homes and facilities for his workers and in doing so he turned his profits in to bricks and mortar while creating a level of engagement and commitment that would have gone well beyond that of most employer-employee relationships then and, even more so, now. The twist to the employer/employee relationship was that if you did not perform well enough or misbehaved (Salt would no doubt be the judge of what this might mean) then you stood to lose far more than just your job. Whether this was a carrot or stick approach to employee motivation is of course another matter altogether. Whether this won hearts and minds to deliver genuine discretionary effort is debatable. What is clear though is that Salt managed to weave intrinsic and extrinsic benefits together to create a unique retention mechanism that no employee of the time would want to lose.

Salt invested the equivalent of around £35 million in contemporary terms to build around 800 dwellings for his workers. Using an arbitrary £500 rent per month, per dwelling (at current rates) this would have yielded the equivalent of a £400,000 return on investment per annum. This is before one even begins to consider the vast wealth his workers created for him by working in the mill he built adjacent to their homes. You of course also needed to work for Salt to get one of his houses. So he effectively gave with one hand and took with the other. This was paternalistic mill ownership on the one hand and potentially embryonic HR reward strategy on the other. Or perhaps a simple case of economic slavery? It all depends on your perspective and the lens you choose to look through. I tend to think that it was a bit of all three. Relative to the point in time in question the whole strategy was undoubtedly ground-breaking, progressive and generally well intended.

The really clever bit with Salt’s “HR” strategy -which any buy-to-let landlord of today will appreciate- was that from the moment he began to develop it, Salt’s model village was a financial counter-weight for the primary operational activity of his mill. It was an asset that could be borrowed against or even sold if the need ever arose, which eventually it did albeit long after Titus had died. What Salt did very cleverly was to not simply hand out his wealth to what he would have undoubtedly seen as his social inferiors (there was a strict social hierarchy at Saltaire) but to embed their pasts, presents and futures within his own commercial objectives. It was philanthropy with commercial purpose, which is the very essence of what an effective total reward system should be.

Sir Titus Salt is remembered as a good man who did good things for his workers. Almost a saint. The reality is that he was an early HR visionary who also, perhaps somewhat unwittingly, developed and continues to enjoy excellent public relations for what at its very core were sound economic objectives based upon good Human Resource Management practices and financial probity. Nearly 140 years after he died we still have a lot to learn from this innovative -maybe genius- thinker who will continue to stand the test of time unlike the vast majority of contemporary business leaders. The message Salt developed remains a simple one. Good HR practices lead to positive long-term commercial benefits. To succeed though this approach requires focus, commitment and consistency. If people are measured and rewarded fairly, profits will follow. On the other hand if profits are the only true measure of people the cycle of peaks, troughs but generally low productivity will always prevail.